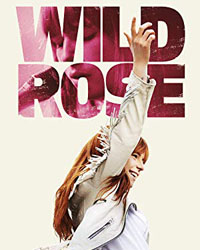 × After being released from prison, aspiring Scottish country singer Rose-Lynn Harlan (Jessie Buckley) gets a job as a housekeeper in Glasgow. Despite her mother's (Julie Waters) insistence she finally be responsible for the sake of her children, Rose-Lynn can't give up her dreams of Nashville stardom. After her boss Susannah (Sophie Okonedo) discovers her talents, she raises money for Rose-Lynn to fly to the U.S. Given the chance to finally become a country singer, Rose-Lynn discovers what she's really been chasing after all along. Directed by Tom Harper. Comedy/Drama 1h 41m Rated 14A