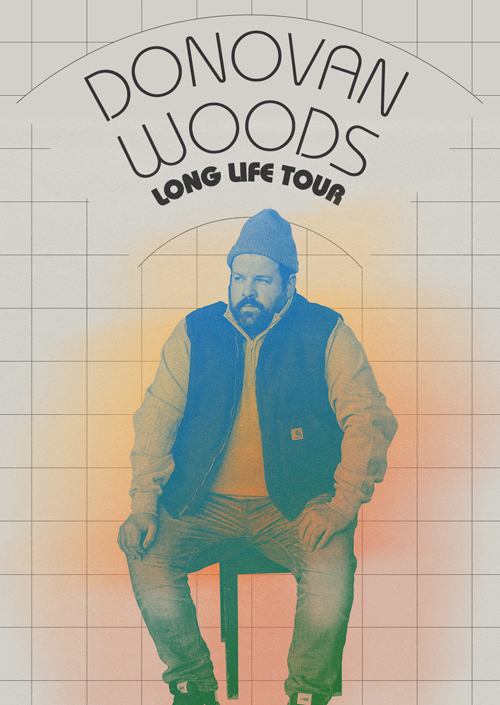 Late at night, when a hush fell over the house after his kids went to bed, Donovan Woods got to work on his latest album, Without People. In a makeshift recording studio at his Toronto home, the acclaimed Canadian singer-songwriter tracked his vocals and guitar alone and then emailed files to producer James Bunton. As Woods’ new songs took shape, backing musicians sketched out their own parts in isolation from their respective homes. This is not how Woods, winner of the 2019 Juno Award for contemporary roots album (for Both Ways) and whose global streams have surpassed 220 million, prefers to create music. Out now on Wood’s own Meant Well label, Without People has been acclaimed as “a nuanced experience” (American Songwriter), a thoughtful exploration of “fleeting interpersonal moments now under the microscope” (NPR/KUTX) and “various aspects of human connection” (Rolling Stone), and for striking “a gentle, poignant note” (Billboard). As an in-demand songwriter whose work has been recorded by the likes of Tim McGraw (“Portland, Maine”) and Lady A’s Charles Kelley (“Leaving Nashville”), Woods enlisted a who’s who of fellow songwriters for Without People: Ashley Monroe, Dustin Christensen, Femke Weidema, and Ed Robertson (of Barenaked Ladies), among others. Those collaborations highlighted a growing truth about Woods: As respected as he is as a solo artist, he continues to evolve and work with musicians across disparate genres.

“It’s about learning that someone you still have feelings for is suddenly in the same town as you for the night, and the inevitable thoughts and chain of events that might set into motion,” he says.